I read Frank Miyashita's blog on Town Dancer on the subject DANCING ALONG concerning the Peabody dance. I found it interesting enough for me to do a little research on this smooth dance. Arthur Murray's Website, and Melanie LaPatin's History of The Peabody had more insight on this dance. Good reading and so is Frank Miyashita's blog. Okay! The Peabody is not a popular dance now days since it was superseded by the Quickstep. However the Peabody is not a speed race dance if danced like the original ONE STEP socially. Some years back, Lani and I taught the Peabody to seniors at the Kilauea Senior Dance Club and at the Kaimuki Community School for Adults (CSA). It turned out to be a good physical exercise and partner dance for the seniors and younger students in the classroom and club but not at the ballrooms.  It's a fun dance with closed and open positions, underarm turns, and pivot turns...all that makes the dance appealing and yet can be danced to 48 to 52 BPM music like the Quickstep. My thanks to Frank Miyashita for starting me to investigate more into the Peabody dance, and to the Arthur Murray Website . Now here's the history of the Peabody.according to Arthur Murray's Website.

The Peabody is a Ballroom dance form similar to the Foxtrot made popular at the beginning of the 20th century by William Frank Peabody, a N.Y. police lieutenant and active dancer. The use of the Right Outside Partner position is a major characteristic of this dance form. For the most part, the Peabody is a fast One-Step danced to lively ragtime music.
While much isn’t been written about the dance form, it is based on the ‘English’, a dance position that lead to some unique steps and patterns. The police lieutenant’s girth forced him to create the dance position where his lady partner was on his right. It went on to become the modern Quick Step with a bit of the Charleston incorporated into the style. The modern Quick Step may bear little resemblance to the Peabody although many steps remain the same. The basic step is a Cross Step and Lock Step. The partners travel at a brisk pace with the leader changing sides from right to left and back again. The Leader travels across the floor with slight dipping motions similar to the rolling of a wave.
The Peabody is one dance that can keep you on your toes. It is a walking type dance with long, gliding steps that are performed in time to ragtime. There is no doubt that it requires a huge dance floor just like the Quick Step and International Style Foxtrot. It has been very often considered a novelty dance at competitions. The jumpy, energetic dance form managed to stick around for a while even though other fad dances like the Bunny Hug and Grizzly Bear faded away. Most importantly, it make its way into the American Smooth Syllabus. One of the main reasons for the Peabody not gaining as much popularity as one would imagine was that it never really caught on after the end of the ragtime era.
The Peabody was popular at jazz clubs in the early 1920s and embodies the Golden Age of Ragtime and Dixieland jazz. The attire is something that’s important in this dance form. Traditionally, men wear old style suits with derby hats while women wear long dresses. The steps follow an open box pattern and can get intricate at times. However, there is always room for improvisation. While it may have not been so popular later in the 20th century, if you are a ballroom enthusiast, this is one of the intriguing dance forms worth considering.
Posted by Frank at Wednesday, April 27, 2016

Dance In Paradise @The Aloha Ball 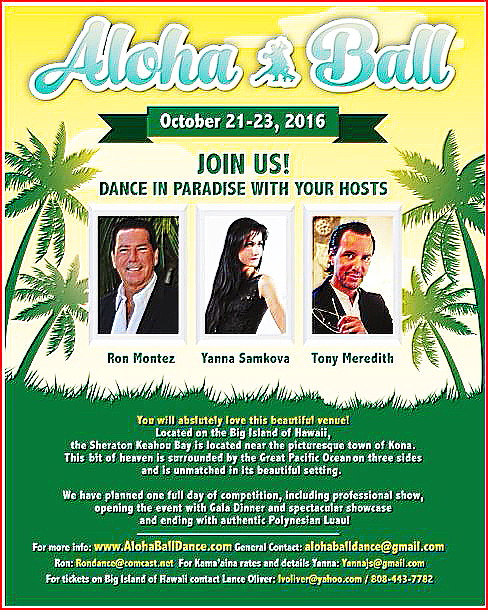 Aloha Ball is a National Dance Council of America (NDCA) sanctioned Ballroom Competition on the Big Island of Hawaii, just a short flight from the neighbor islands. Come to dance, compete, or just to watch the Spectacular Professional International Standard and Latin Show and to support your fellow local dancers and instructors.  Make a Hawaii staycation out of your trip. This event is held at the Sheraton Keauhou Bay located near the picturesque town of Kona, surrounded by the Great Pacific Ocean on three sides.
For more info visit www.alohaballdance.com or contact alohaballdance@gmail.com
Very affordable Aloha Ball hotel  rates are available, as well as kamaaina competition packages and discount admission tickets for all Hawaii residents. Besides exhilarating shows and competition, we also offer workshops and private coaching with visiting professional performers and judges.  We will also introduce you to our Hawaiian culture with an authentic Polynesian Luau on Sunday October 23rd.
In support of our future generation of ballroom dancers on the Islands, all keiki under 12 years old will be free, and super discounted rates are available for youth competitors under 18 years old.
Aloha Ball is proud to be a part of the Dancesport Paradise Tour www.Paradisedancetour.com and all Top Awards for the 2015/2016 Tour will be presented at the Aloha Ball 2016 on Saturday evening, October 22nd.

Please Note, Dance Social at Cupola will be on Tuesday (NOT THURSDAY) in May. In June we go back to regular Thursday Schedule. MAY 3rd at 6:30-9:30PM 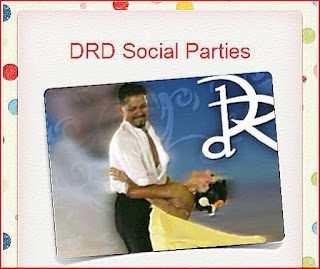 What's On Tap This Month?

Here's a Big One at Divino Ritmo's Aloha Dancesport Center
350 Ward Avenue (Across from Sports Authority).
ALMA LATINO CALIENTE
Saturday April 9, 2016 7-11 PM
All Latin Night. Salsa, Bachata, Merengue, Cha Cha, Rumbas.
If it's Latin, we will play it!
Performances and free soft drinks all night.
Admission: $10 pre-sale or DRD and ADC students and members
$15 at door. You can bring your own snacks and drinks 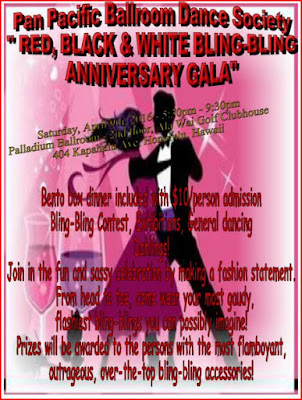 And last but but not least USA Dance at the Palladium on April 23rd. See poster for more info.

Our 23rd Anniversary is just around the corner.
Join us on Saturday, April 23 for a fabulous night of dancing.
Tickets are only $7.00.  Get your tickets at pre-sale and it will include a snack.
Tickets purchased at the door does not include a snack.
Doors open at 6:30pm.
We will have beautiful exhibitions to thrill you.
Posted by Frank at Friday, April 08, 2016

Music To Make Your Ears Smile

Aloha Fans, Family & Friends.
Next Week Thursday April 7th at CUPOLA in the Honolulu Design Center. If you've never been there since I started working with Lucas & Yanna's Divino Ritmo Dance, you've got to see to believe it. It is so much fun. The atmosphere is 'ELECTRIC'. Lucas spins some of the most awesome music for dancing, and I take the stage for the'LIVE' segment of the show. The music is 'NON-STOP'. See the attached flyer for all the info. Talk about FUN? This is it.
'WARNING: Excessive Head-Bopping, Toe-Tapping and Finger-Snapping may occur. Dance at your own risk J '
Aloha,
Augie
Augie Rey Entertainment, inc.
808-839-7311 Direct
808-226-3400 Cell
www.augierey.com
Music to make your Ears Smile
Management: Tahiti Rey www.tahitirey.com
Na Hoku Hanohano Award Nominee contemporary Album of the year!
Winner: Hawaii Music Award POP Album of the year!
The more you get into music, the more you get out of life